November is Native American Heritage Month and with Thanksgiving, as well as all the news stories about the pipeline protests, it’s more important than ever to include it in your classroom. This unit uses news articles, podcasts, music, and even an MTV broadcast to help discuss issues that are facing the Native American communities, while portraying them in a positive and accessible light. 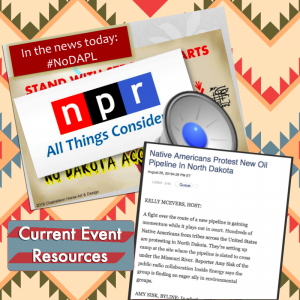 I can’t check the news or even log into Facebook with out seeing this story popup. If I’m seeing it everywhere, that means my students are too. I want to provide them with an opportunity to not only learn more about it but also discuss it. I always try to start out with something engaging and relevant to students, and a podcast from NPR’s All Things Considered, gives that opportunity. I’ll pass out the transcript, and we listen to it and follow along, the audio enhances the text because it has authentic voices and sounds from the protest. I even saw that the #NoDAPL protests were featured on CNN Student News today! So this is something you students are going to be interested in!

At the end I like to give students an opportunity to use their voices and chime in. We discuss why they might be opposed to the pipeline and if anything like this has ever happened before. I try to frame the discussion as Native voices not being heard and a breach of trust. Students are usually able to connect the dots with a little help. From there I introduce the scope and sequences of the unit, our goals, and activate prior knowledge by just seeing what students know (or think they know) about Native Americans.

Next is a pretty long video from the PBS series, “American Roots Music” and it’s a 15 minute clip that focuses on Native American music, however I usually only use the first 6 minutes or so. I stop at various points during the video to ask questions and address points they made. They range from discussing how important music was to their culture and way of life and how it was subsequently “banned.” Also how tribes use music today, specifically about “contest dancing” at Pow-wows. Then I try and I tie music back into our previous discussion, asking if music is important to them, and the pipeline is important to them..are they using music at all in the protests. The answer is YES! 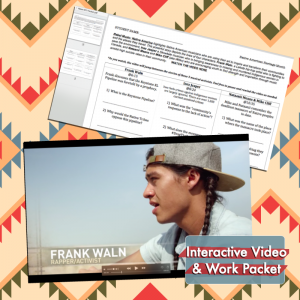 MTV did an amazing series called “Rebel Music” that spans 11 episodes over 2 seasons. I know its rare that MTV does anything with music these days, but the series focuses on how various oppressed or exploited cultures are using music to drive social change. They’re really well produced and marketed towards teens. The 30 minute episode we’ll use is about Native Americans. It follows 3 artists who use their music to raise awareness and empower people over issues like, violence against women, high suicide rats, and the Keystone XL pipeline. It’s so easy to tie the pipeline protests together, and I bet you didn’t say anything your students wouldn’t even notice. I’ve created a work packet for students to fill out as they follow along. It’s just asks one or two questions about the main ideas of each segment, and also time stamps the beginning of each part so students can skip ahead or go back as they need. Using a link, students can work individually if you have enough tech, or using headphone splitters, share a computer in a group of up to 5. 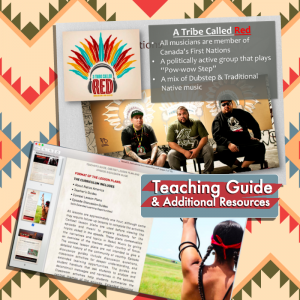 Depending on how much time you have available to dedicate to this unit there are a lot of ways you can expand on it, or try and integrate it into your existing Social Studies curriculum. It ties into a ton of standards, from environmental, to geographical, as well as cultural and current events. I think an amazing way to introduce an “Early America’s” unit (that everyone has to do again and again) would be to start it with this, showing that the information you’re about to learn is still relevant today. I can see activities like Socratic Seminar working well with this unit, as long as you ask the right questions. I’ve included a few extra resources from an 18 page team guide (also MTV) and links to music that portrays Native Americans in both a positive and modern light. This unit really helped both info and break some long held perceptions in my students, and I hope it can do the same for you.

Dia de los Muertos: The Day of the Dead