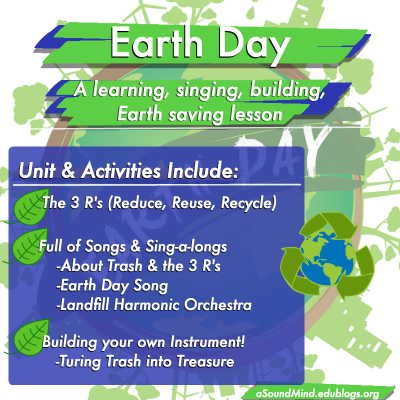 April 22nd is Earth Day and as the weather warms and the flowers begin to bloom outside,  it’s the perfect time to talk about the environment. Start by introducing the problems of trash and garbage but also how following the 3 R’s (reduce, reuse, recycle!) can help the students solve it! We brainstorm about how we do these both in our everyday lives, but also how we can reuse and recycle in music class. After getting inspiration from both STOMP! and the Landfill Harmonic Orchestra we construct our own musical instruments from trash!

Get the materials for FREE: https://www.teacherspayteachers.com/Product/Earth-Day-Music-from-Trash-3114437

Earth Day is April 22nd every year, and while I don’t think that environmental topics should be relegated to only this end of April window, it can be the perfect time for them to make an appearance. Use the holiday as an excuse to implement this interdisciplinary, cross-curricular unit that ties in science, music, and serves as a pop-up “makerspace” for students to create and explore. It’s important to discuss these real world issues with your class, but this one can be a bit depressing at times. An environmental education professor once told me “No tragedies before 4th grade.” So while you want your students to be aware of the growing problems of trash in their world, you don’t want to leave them feeling like helpless victims but rather empowered world changers!

The basics of environmentalism can be covered in the 3 R’s: Reduce, Reuse, Recycle. The order of the R’s is important, because that’s the order of effectiveness. The first step should be reducing your waste output, then reusing the things you already have, only recycling when you can’t do either of the first two. I use Oscar the Grouch & Macklemore to talk about trash, but explain that while Oscars LOVES garbage we don’t. Using catchy songs we go over each of the 3 R’s one by one and brainstorm ways that we already do them in our own lives. It’s important to pause and take time to discuss each idea with your class to make sure they understand the concept.

What can our classroom do?

You might be surprised by the maturity of some of their ideas, but the goal here that in my music class we’re going to be making instruments out of trash that we bring in. For inspiration we draw on the award winning movie, “Landfill Harmonic Orchestra” which chronicles a school in Paraguay that built an entire orchestra from the trash in their town. (see below) I also use this video from STOMP! (which students find hilarious) as another demonstration as to how you can make music from trash. I pass out a letter to be put in their cubbies/backpacks that goes home to parents, and then the next time we meet we can begin building our own instruments. Now I only see my students once a week, so if you see them daily, you might want to do this before you begin this unit so you can start creating right away.

The last part of this unit is actually using the musical instruments the students created for their intended purpose: making music! We changed the lyrics to suit our needs. Using the classic tune of Bingo (was his name-o), we replace the dog’s name with E-A-R-T-H. Another change I made to the song was instead of clapping, students will play the instruments they just created. You’ll probably end up with mostly percussion instruments and none of them will sound very musical, so this is a perfect way for them to play their new creations and be functional at the same time! Once you’re done performing the song, you can let kids swap their instruments with a friend and try again. Afterwards make sure the instruments find their way into a securely zipped backpack to avoid any noise popping up in a later lesson. 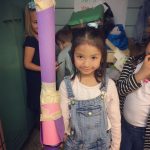 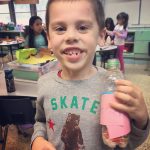 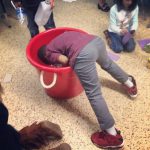 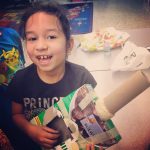 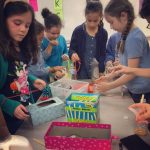 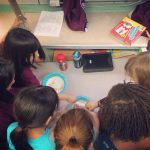 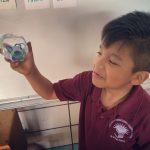 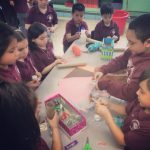 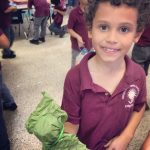 5 Ways to get your Students up & Dancing!