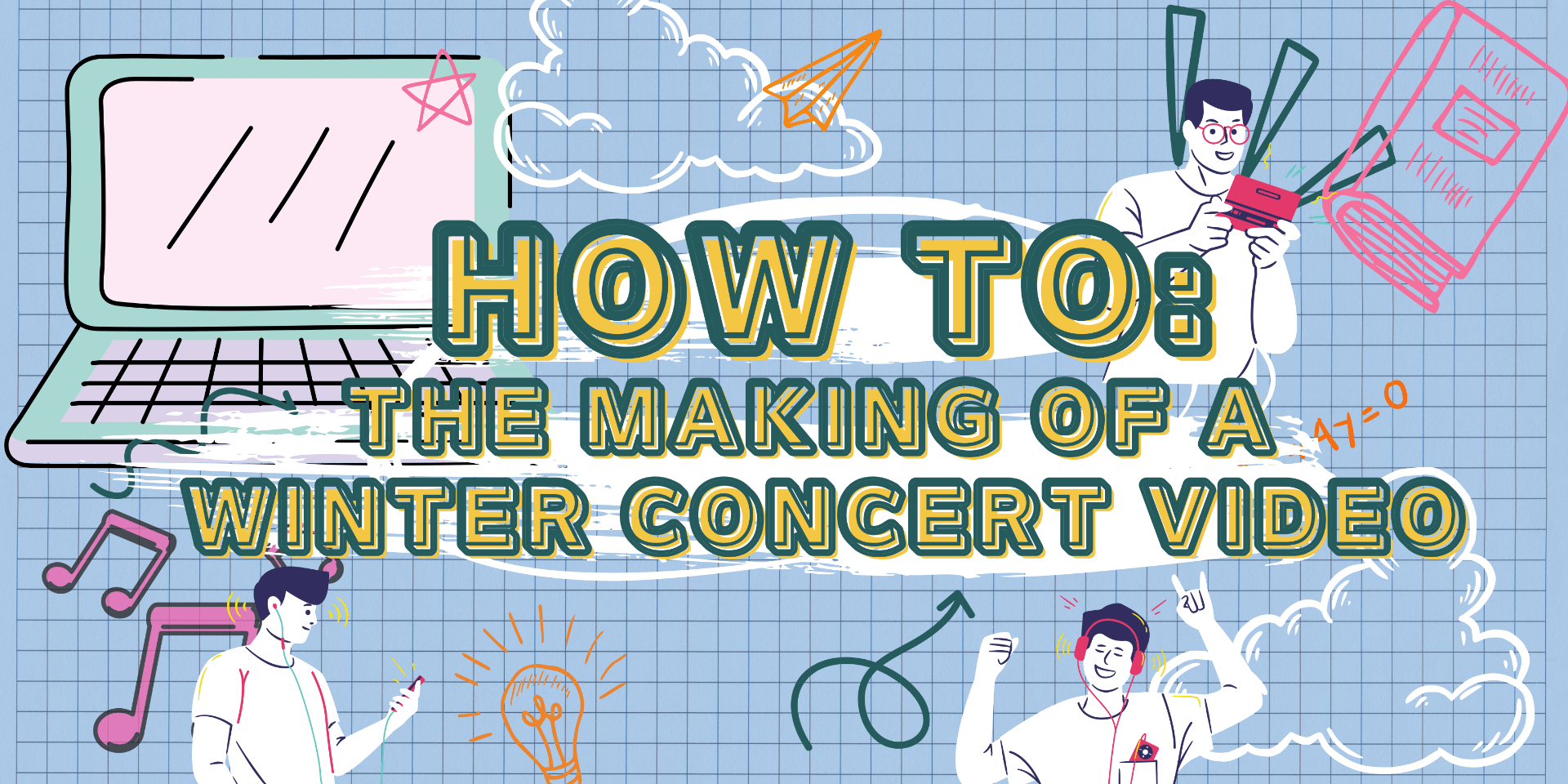 How To: The Making of a Winter Concert video

The world has gone through some unprecedented changes in the last 2+ years, education included. Yet we’re still asked to replicate lessons, ideas, and events as if there wasn’t a global pandemic happening. The Winter Concert, an annual mainstay in almost every school, is a great example of this. Many music teachers are being asked to “put something together” without any additional guidance. This is a step-by-step guide to how I created my Winter Concert videos.

This is the finished product, and I wrote in this previous post, it was a ton of work. I wanted to take some time to share my tips, tricks, successes, and failures as well as to make my thinking visible. I’m hoping that you can avoid some of the same pitfalls while capitalizing on the things that worked well. This is already one of the busiest and most stressful times of the year, and learning a new skill like “video editing” can definitely feel overwhelming. If creating a video from scratch feel like too much for you, there are options and I’ve discussed some alternative ideas HERE, but the point of this post is to cover the process of creating a video similar to the one you see above.

Can you just put something together?

…says the email sitting in your inbox. What does that even mean? Likely the sender themselves doesn’t know either. This can give you a little wiggle room in how you approach this project. The first step I would do is ask clarifying questions:

Once you have a little bit more clarity on what is being asked, then you can begin planning. Last year I did a live Zoom sing-a-long with just K-2nd grade, this year I was told it didn’t have to be live, but it would be nice if more grades were included. I knew that there would be no live audience, and could pre-record the videos and capture as many takes as needed. I wouldn’t need to use the gym/auditorium and I planned on practicing and recording in my classroom, during my normal music class. From Thanksgiving to Winter Break this would be the focus of every single music class, that way we could finish it without disrupting their regular schedules.

I’m not going to spend a lot of time on this because each school, teacher, class, is going to have different resources. However, I would challenge you to think a little outside the box with your selection. I was able to choose instruments that I could normally NOT use for a whole school concert. I do not have enough xylophones for everyone to use, however, if I’m breaking the grades into separate classes and combining the videos, suddenly I have more than enough. Will you feature solos? Can students record at home? Do you want to just keep it simple since you have so much else going on in your life? This step is a largely individual decision, and ultimately whatever choice you make is the correct one, so don’t beat yourself up over it. 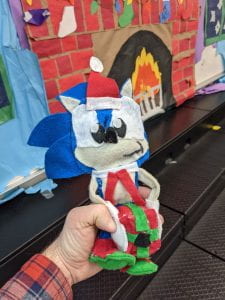 Where are you going to record the videos? In the gym? In your Music Room? Do you need risers? Do you need decorations? There are a million questions, but planning them out in advance will save you a lot of stress once you get to “crunch time.” For me, I outsourced the decorating of the music room to the art teacher. She was all too happen to have a functional real-world application for her lessons and the kids were so excited to see their art in the concert video. Normally, I never offload my work onto someone else but in this case, it worked out for both of us. Our theme was “Holidays at Home” and you can see how that theme was represented in the decor. Involving the students not only reduces the amount of work you have to do but will also increase ownership. At our school, we offer electives for all 7th and 8th graders, and both the art teacher and I arranged it so that our classes were focused around the winter concert. Again, all this work was done as part of regular class time in order to minimize disruption and make it as convenient and easy as possible.

Use your phone. When I recorded, I borrowed 2 DSLRs and set up a condenser microphone. I thought I’d only use my phone to capture extra footage. Wrong, it ended up taking not only the crispest video but also the best audio as well. I ended up just using the “fancy cameras” to capture different angles. Also, the extra footage, aka “b-roll,” is incredibly useful when editing to fill space while you transition or introduce songs, etc. The multiple cameras allow you to get multiple angles and recordings each time the students perform. I know that I’ll get maybe 2 or 3 good tries out of a class before it starts to go downhill, and I just want to make sure that I am able to capture the most footage possible. Another really useful tip was either stopping recording between takes or at least putting in physical markers, like standing in from of the camera, holding up a paper, or making a signal. These markers will make your editing life so much easier.

This is the most time-consuming and difficult part of the whole process. I used iMovie on my MacBook but I think a lot of tips and tricks here will work not matter what platform you’re using. Chart out a storyboard and standardize each performance. You’ll save a lot of brainpower if you are doing the same steps again and again.

Here was my formula:

So I just needed to find the pieces and plug them in for each grade level. I had a checklist and it let me know what pieces were missing and which were complete. I also worked on each grade’s performance individually, only compiling all the videos together at the very end. What I mean by this is, I started a project and just compiled all of 1st grades performance videos from the checklist above, and then a separate project for 2nd grade, etc. Once all the individual performances were finished I downloaded those videos and create the large project and then was able to move them around, organize, and add filler in there. This kept the “moving parts” to a minimum and allowed me to focus just a few pieces at a time, so if there was a mistake I could fix just the individual video without altering the whole project.

.   A huge boon to my editing was learning how to detach the audio. I would find my best audio track and use that, then detach the audio from videos and synch them all up to the main track. This meant that sometimes you’d be seeing a video with audio from another take, but no one could tell. This is what is happening when you see the B-roll footage while the musical intro is playing, or the camera shifts to a new angle. Synching up audio and video is very difficult, but as long as you break it up into smaller segments it’s manageable. It prevents the Microsoft Word effect where you move one tiny piece and it ends up shifting the whole project. And for crying out loud don’t forget to save your work!

I had sent out multiple emails and asks to the families in our school to send in videos and pictures of how they celebrate the holidays in order to really make the video feel relevant and to double down on the theme “Holidays at Home.” Even though the video was pre-recorded and pre-made I wanted to still have a live interactive event. I wanted to make it feel as special as possible. There were a few options I found, like a Facebook Watch Party, but I found this to be limited to people who had Facebook. So I ended up deciding on having a YouTube Live release. This will allow families to chat live and in real time while they watch it, and it conveniently gives a countdown (that you can set) which really helps build the anticipation. Here is the guide that I used, which was incredibly helpful. The best part is once your premiere is done, it will remain on the YouTube page for families to watch again and again! This helped turn a simple video into an interactive live event that really felt both intimate and special. It was a lot of work and a huge learning curve for me but in the end, it turned out to be a great experience!

The Winter Concert is LIVE!