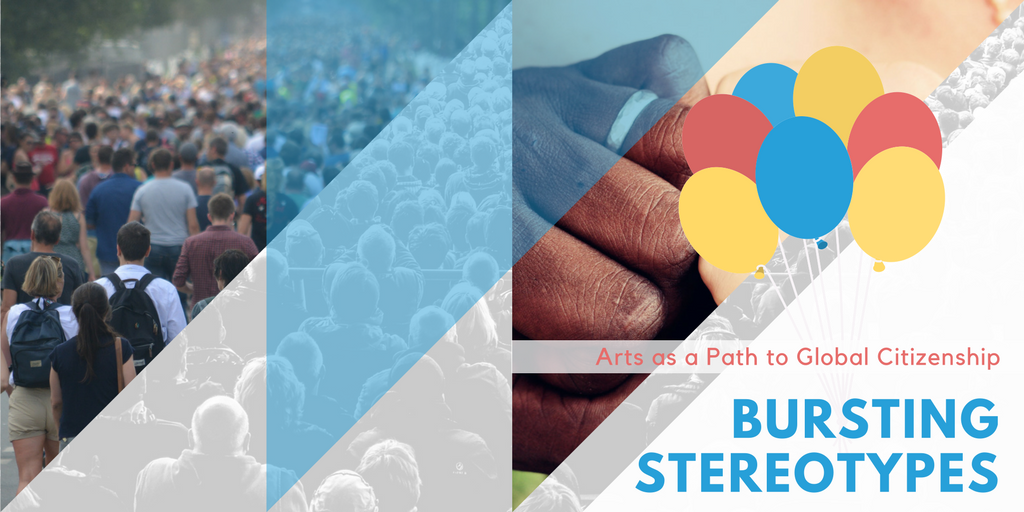 Part blog post, part field notes. This post is part of a series of reflections on a 10-week elective I’m both teaching and conducting active research on. Entitled” The Arts as a Path to Global Citizenship” our goal is to explore our roles as global citizens using the arts to approach complicated and difficult topics, such as race, stereotypes, and our role in the world. I hope to use this platform to simultaneously share with the community and organize my thoughts as a dual role educator. Read more here

What is a Stereotype? 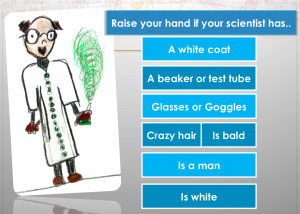 “Draw a Scientist.” These were the words I scrawled across the whiteboard as my students trickled in 8:30 Monday morning. Blank paper, pencils, and markers lay on the table to be groggily grabbed and students began sketching. I already knew exactly what they would draw before their pencil touched the paper: wild haired, thick glasses, a white man in a white coat, holding a beaker or test tube. After a few minutes most were done, and I switched the next phase, asking my 26 students to raise their hand if their drawing….had glasses (26), a white coat (23) a test tube (23), crazy hair (23), was bald (1) was a man (24) was white (26). Unbeknownst to them, all students essentially drew the same image: the stereotype of what a scientist is.

We discussed that most scientist are white (75%) but our drawings had 0% minority scientists (2 were of women if you consider that a minority) Then we moved on to the idea of stereotype threat. The idea that stereotypes are true if you believe them about yourself. If you don’t think of women or people of color as scientists then they’re much less likely to go into that profession. I reference famous POCs like Obama, Mae Jemmison, and even how Rosie the Riveter was use to make factory work more alluring to women. RadioLab did an amazing podcast about stereotype threat and will explain it in greater length than I care to here.

Each student brainstormed stereotypes that at some point they have heard, that might apply to them. I had about equal number silly and serious thoughts present themselves during brainstorming. However, when it came time to start our project and students narrowed it down to two, they become much more personal.

From there we sought to literally burst these stereotypes. In a cathartic and surprisingly spirited activity, we wrote a stereotype that bothered us, one we wanted to “burst.” We wrote it on a balloon, read it aloud, and then popped the balloon.  We set up 3 different cameras around the room on tripods so not all students were watching each other or waiting in line. This helped students organize themselves into more comfortable groups and I think modifications like this allowed the activity to proceed as smoothly as it did. I also made the accommodation that students could have others read their balloon for them if they explained why they wrote it and had to pop their own balloon. At first shy and reluctant, eventually almost all students participated (1 did not but chose to operate the camera instead). In a reflection survey and focus group interviews, this activity reigned supreme as their favorite thing we’ve done in course thus far.

See the activity below!