Jazz up the holidays with this fun and informative lesson about one of history’s most well-known & commercially successful jazz composers, Vince Guaraldi. The man behind the memorable music from the Charlie Brown Christmas Special did more than just a short soundtrack. Explore the beginnings of his story and the history of a genre with several interactive websites and videos.

Make no mistake, I love Vince Guaraldi. He is most well known for his jazzy compositions that helped make Charlie Brown a Christmas Classic, the most famous of which is Linus & Lucy. However, it was a song he had written before the Charlie Brown series that first grabbed producer Lee Mendelson’s attend. He heard Guaraldi’s “Cast Your Fate to the Wind” while driving over the Golden Gate Bridge and got in touch with Guaraldi that day. Two weeks later, Vince signed on to compose all the music for the Charlie Brown specials. I think this one of those rare instances where a song is not just cross-cultural, but cross-generational. Christmas songs have a way of sticking around forever, and Vince has managed to add a 20th jazz classic to that repertoire’.

The fact that your students already know this piece is a rarity in Jazz. So I usually use this as a gateway to introduce the genre to my students. There are a lot of great resources out there that help make this accessible. Chuck VanderChuck from PBS Kids HAD a great video on the history of Jazz (incl. below) and the website even has various Jazz compositions games for your students to tool around with. I have found a less engaging alternative on BrainPOP (link) Jazz is a complicated genre that demands a lot from the listener. While most end of the year or holiday lessons might be lacking in academic rigor, this one will have your students’ brains whirring. Of course, if you have time, try and watch the Charlie Brown Christmas Special as well to hear the wide range of talent Mr. Guaraldi possesses.

I had been sharing my materials in various teacher groups and notice that a lot of the links and videos were no longer active. Luckily I had saved them for my own personal use and have been able to continue teaching this fantastic lesson. I uploaded them here to the drive and wanted to get them into the hands-on anyone will to share my love of Vince (and Jazz). The Chuck VenderChuck games and videos have been removed from PBS website, and while I was able to find my copy of the video – the game is unfortunately lost to the ages. I did find this less engaging BrainPOP game – https://www.brainpop.com/games/timezonexjazz/ – but would if anyone had links to that old game! You can always replace that time with watching the Charlie Brown Special – (currently free on PBS as of writing this). I’ve also included a wordsearch and a few coloring sheets. These are for personal use and not re-sale:

Here are the materials: 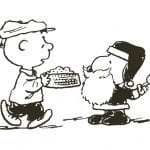 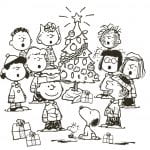